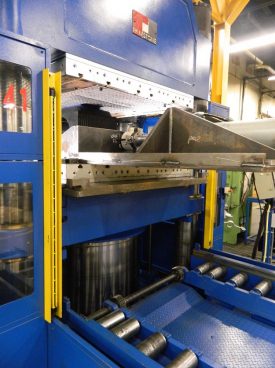 RIS Rubber can now assist its customers even more effectively by providing the facility to perform shear tests (developed in-house) for moulded rubber products. The first results are convincing.
R&D engineer Jitze Stegenga of RIS Rubber was asked by an international dredging company whether RIS Rubber could explore the possibilities for creating a responsible and practical alternative for a marine fender. ‘Huge forces must be absorbed in connection with the berthing of large vessels. One special aspect is that as well as the forces on the target in a perpendicular line, significant lateral forces and deformations occur at the same time, requiring a particular construction together with flexibility’.

Stegenga developed a 3D computer simulation model of a fender using an FEM software package specifically geared to RIS Rubber. Since the impact of the deformations and the lateral forces exerted could not be interpreted with certainty in this case, in addition to a trial product, RIS also developed a shear arrangement to be able to simulate practical situations. This means that as well as the facilities to test compression up to 2,000 tons, RIS Rubber can now also offer a shear test facility with a capacity of up to 20 tons.

No tearing or breaking

In the new test environment, a rubber product can be tested for shearing under compression. In the case of the fender, slippage occurred in the contact plane and the rubber product appeared to be strong enough, without any tearing or breaking. ‘Because slipping occurs between the contact surfaces, the forces and deformations can never reach hazardous levels, and we know with certainty that the product will perform well in practice under similar conditions. We develop this type of facility, taking account of the complexity, numbers and cost of the product involved, knowing that the customer eventually benefits from the certainty of a responsible product’.

Also for other purposes

Stegenga sees much more potential for this testing facility. ‘Think in terms of bridge supports or pile driving installations on which lateral forces are often exerted. Thanks to our new testing methodology we can now better approach the practical reality, as well as being able to develop a more durable construction. We like to keep a helicopter view: development of the product, installation and integration into the total construction’. 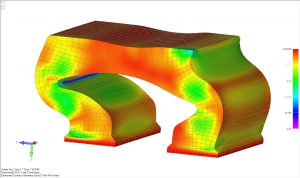 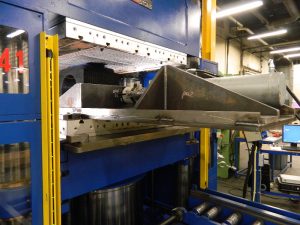 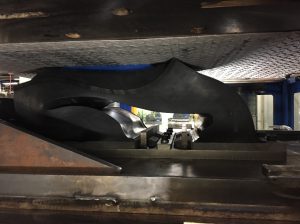