Collaboration with a global top player 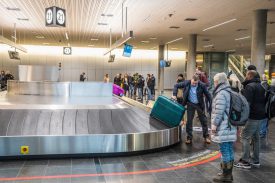 Worldwide, no less than 3.7 billion luggage items are handled through Vanderlande systems in airports, i.e. 10.1 million items per day. These systems are operated in 600 airports, 13 of which are listed in the global top 20 ranking.

The rubber mats on suitcase transport carrousels, familiarly referred to as rubber slats, are part of RIS Rubber’s daily production in its Lelystad site.

Where it all began…

The cooperation between Vanderlande and RIS Rubber dates back to the nineteen-nineties, when both businesses took on the challenge to develop the perfect rubber slat – together.
As a result of this successful collaboration, RIS Rubber manufactured many varieties of rubber slats over the following years. And the quality of rubber that was developed at that time remains the basis of the rubber slats that are used in airports across the globe.

Developing rubber products in collaboration with its customers; such is RIS Rubbers’ most satisfying business prospect.
It was the case sixty years ago, and it still is; ‘Let’s make things together‘.

The combination of the customer’s practical knowhow and the expertise offered by RIS Rubber ensures a quality product as the result of combined efforts. The Vanderlande test facilities offer potential for exhaustive practice tests, prior to products being launched on the market.

The successful cooperation between Vanderlande and RIS Rubber resulted in an investment in a new press in 2019. This new compression moulding press weighs 30,000 kg and has a 1,000 tons clamping force. In addition to the current presses used to produce rubber mould products for Vanderlande, RIS Rubber have extended their machine fleet with a new press, in order to further accelerate production. The new compression press features 2,400 x 500mm heating plates, which means that RIS Rubber can provide its customers with even larger rubber parts.
A new press does not only mean an increase in the number of products made; it also implies the need to design new moulds. A task entrusted to the rubber and mould technology department, which has – in the meantime – designed and successfully tested a number of new moulds.

A sense of pride

RIS Rubber can proudly state that its collaboration with a reputable business such as Vanderlande is quite unique. The development and production of the rubber slats we have all encountered in many airports is a genuine success story! 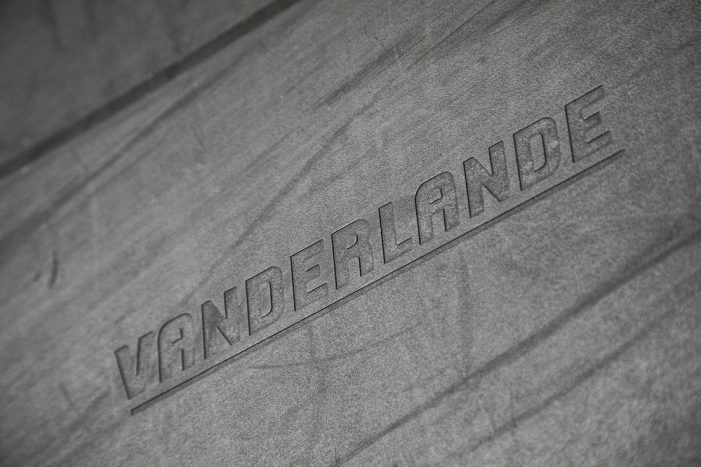